A logical switch is a distributed port group on a distributed switch. So why logical ? Because it gets a unique VNI (VXLAN Network Identifier) to overlays the L2 network.
On the post Part 4: Preparing for Virtual Networking we saw that one of the key step was to “join” the hosts (or cluster) to the same transport zone.
As a result, when we request from vSphere Web Client to create a new Logical switch, NSX Manager will provision a Distributed Port Group for all the VTEPs in the same transport zone. Just to reiterate, these logical switches (port groups) may span multiple clusters as well as L3 subnets.
Ultimately, virtual machines vNICs will connect to these port groups.
NOTE: don’t try to delete or manage manually these port groups from vCenter Server because NSX Manager is in charge!

In my lab I’m replicating a 3-Tier application which consist of a Web, App, DB networks as well as a Transit network going northbound from the dLR to the Perimeter NSX Edge Gateway. I haven’t reinvented the wheel but just replicating the VMware Hands on Lab (HOL) HOL-SDC-1403

The following icons aren’t VMware official but I just made them up on Visio using Cisco stencils.  If you’re interested on VMware styled NSX stencils set Maish Saidel-Keesing has made the “Unofficial VMware Visio Stencils“. 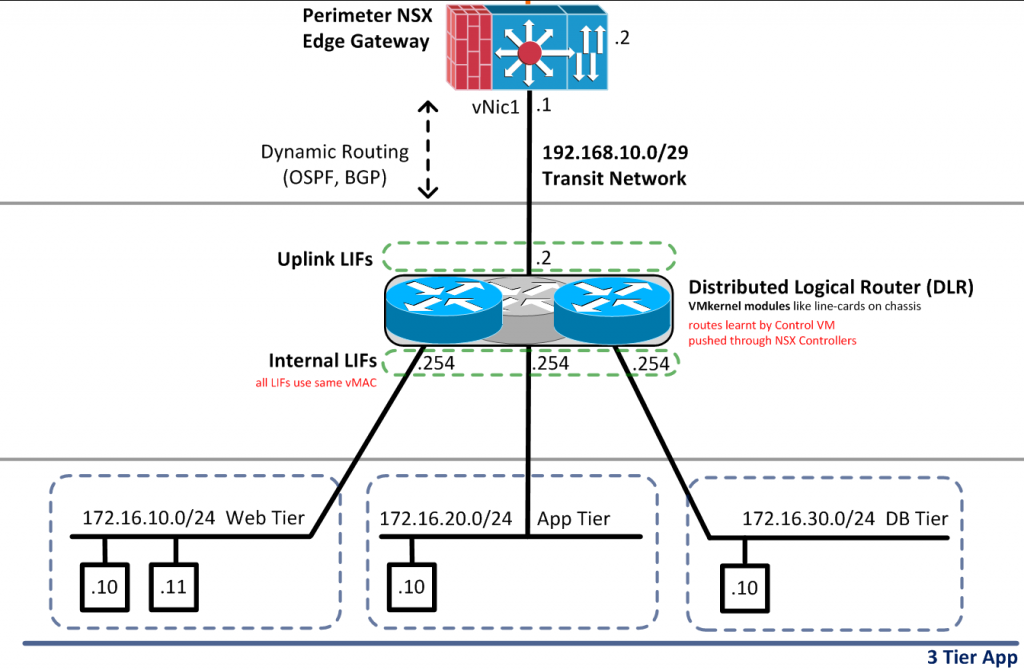 So we need to create the following four logical switches:

From NSX Networking & Security > Logical Switches > + symbol. I’m starting here with the Transit network but the process is just the same for all four so I won’t repeat the screenshots. 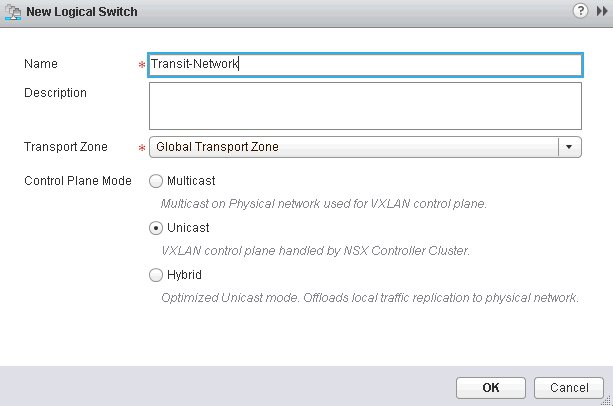 All you need to know is the name of the network, the overlay transport zone to use and the control plane mode. I’m here using Unicast.
Repeat the same steps for Web, App and DB tier and eventually the Logical Switches tab will look like this:

How do we verify the port groups have been created ? Simply check what port groups exist from the Networking > expand the Distributed Switch and look for port groups starting with vxw-dvs-<number>-virtualwire. Notice the name end with the name you gave to the Logical Switch. 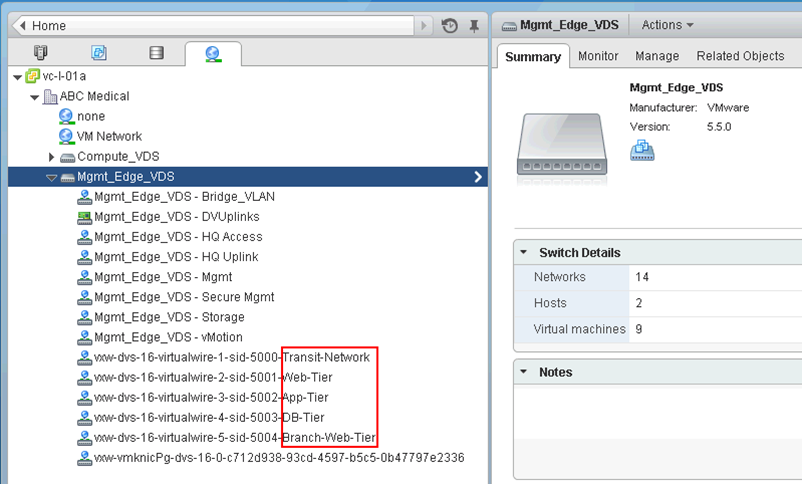 This site uses Akismet to reduce spam. Learn how your comment data is processed.

We use cookies to ensure that we give you the best experience on our website. If you continue to use this site we will assume that you are happy with it.OkPrivacy policy